2022 Theme: Inclusion, For Every Child 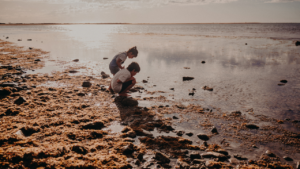 Since 1990, World Children’s Day also marks the anniversary of the date that the UN General Assembly adopted both the Declaration and the Convention on children’s rights.

World Children’s Day offers each of us an inspirational entry-point to advocate, promote and celebrate children’s rights, translating into dialogues and actions that will build a better world for children.

One area that require urgent attention is to address the disadvantage experienced by first nations peoples and rural families. In Australia, combined with the tyranny of distance and care that is not readily available, accessible, culturally and appropriately acceptable, the cost to our most vulnerable most especially First Nations & rural children and their families is inequitable and can be addressed by a Primary Health approach & Birthing on Country Models of Care.

Maternal Health Matters supports the initiatives of the United Nations. We most especially support those education and social initiatives which enable all children the best start in life – a healthy mother – through the provision of respectful maternity care.