The ‘doctor knows best’ culture that still dominates our maternity wards not only infantalises women, it is downright dangerous to the health of mothers and babies.

Time and time again, when a mother’s instincts are jettisoned, it ends in disaster. 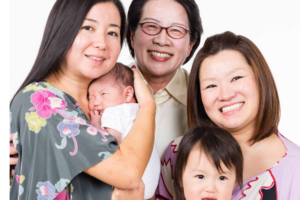 While there is still much to be revealed about what went wrong at The Bacchus Marsh and Melton Regional Hospital that contributed to the avoidable deaths of seven newborns in 2013 and 2014, we know from the stories women are telling us that their concerns were regularly dismissed and belittled.

The majority of mums spoke highly of those who cared for them, but there was another group who painted a more disturbing picture.

They told of a paternalistic doctor and harried midwives who failed to give out pertinent health information or moral support.

Consider Amy, sent home crying even though she knew there was something wrong with her third baby, who had not moved in 24 hours.

Consider Linda, whose worries that her newborn daughter seemed to be struggling to breathe were dismissed as the whining of an over-anxious new mother. Yet her baby was eventually transferred to Geelong Hospital for a month of specialist care.

The tide of anecdotes coming out of Bacchus Marsh will resonate strongly with many women who have given birth in Australia, even in large metropolitan hospitals.

How many have had their questions fobbed off, their worries waved aside?

Our society may be protective of pregnant women. But it also condescends to them, tut tutting their concerns, withholding important information so as not to stress them and at the same time offering all kinds of intrusive and unwanted advice.

My own pregnancies and labours in the public system were overwhelmingly positive, but I did feel betrayed when my first labour was induced without it being explained that such an intervention prompts an epidural in most cases.

Mothers will tell you that the details of their labours are important to them. The manner in which they are cared for while parenting infants is long remembered.

Unsatisfactory or traumatic birth experiences drive some women to boycott hospitals entirely and birth at home, sometimes unassisted, according to a University of Sydney study in 2013 that tracked the rise of home births in Australia.

“The experiences mostly involved situations where there was a lack of consent, active involvement or communication breakdown,” lead author of the Sydney Medical School paper, Dr Jasan Dannaway​, wrote.

Some of the hundreds of mothers interviewed for the study spoke of being forced to have Caesareans, being held down on examining tables and in many other ways not being given the opportunity to act on their own informed decisions.

In 2013, the Australian Medical Association updated its position to emphasise the capacity and autonomy of pregnant women to make decisions, “whether or not the doctor or medical practitioner considers her decision to be reasonable, sensible or advisable”.

However, it seems that some in the medical profession are yet to catch up to the fact that women know their own bodies and their babies best.

In every instance, women should be respected as knowledgeable partners in their own care.