The reality is that Australia has one of the highest rates of intervention in birth and this is not leading to better outcomes. 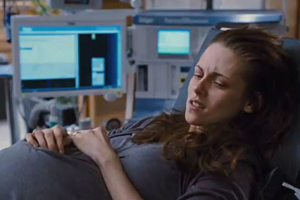 The comments I make come from 26 years working as a midwife and over 100 peer reviewed publications reporting on studies into birth experiences and morbidity for women and babies during and following birth.

Women are emerging from their births traumatised. We have found in our research much of this birth trauma comes from unnecessary intervention in birth and disrespect and abuse of women’s rights when it comes to making informed choices.

Suicide is now a leading cause of maternal death in the developed world. Post Traumatic Stress Disorder (PTSD) affects up to one in 10 women following birth. This is clearly not safe, nor is it acceptable.

My experience and research has taught me this: we need women and babies to be more than simply alive — we need them to be well physically and psychologically. Leading organisations such as the World Health Organisation (WHO) and the White Ribbon Alliance have produced statements against violations of child-bearing women’s human rights and the need for respectful care from health care providers.

A recent study showed the serious impact of repeated caesarean section, where the placenta grows abnormally in future pregnancies threatening the lives of women and babies.

We need to view birth in terms of a woman’s reproductive lifetime, not just a single birth. This is no longer a debate about short-term outcomes, with emerging scientific evidence demonstrating that vaginal birth plays an important role in priming the immune system and a healthy microbiome, which can impact on the future health of the child.

I sat on the committee that produced NSW Health’s Towards Normal Birth policy and I can attest to many months of careful, multidisciplinary discussions (with doctors, midwives, consumers), an extensive review of the scientific evidence and examination of the international best practice standards for birth — including those coming from WHO.

At the time (2010), we had one of the highest caesarean section rates in the OECD. Unfortunately, despite some people’s belief that women are being denied intervention in birth, there has been little impact of Towards Normal Birth and interventions rates are higher today six years on. The document advocated for choice, support and continuity of care so women would have choices to help facilitate optimal birth experiences and outcomes.

Australia has one of the highest rates of intervention in birth and this is not leading to better outcomes. (Pic: Supplied)

What is most perplexing about the very sad death of one baby, and injury to another, at Bankstown-Lidcombe Hospital, is both these terrible events occurred in a fully equipped birthing unit, where the medical technology used was actually the cause. This tragic mistake had nothing to do with a “normal birth agenda” and it is a shameless misrepresentation of a tragedy to suggest this.

It remains a deeply disturbing fact that one in 10 people experience an adverse event in hospital due to a medical error or iatrogenic harm — not the illness they were admitted for.

Medical advances have made life and birth safer but we still harm people in our complex imperfect systems, and we harm them more when we intervene when it is not needed.

It is interesting to note that developed nations with lowest caesarean section rates also have as good or better birth outcomes. Iceland, for example, has half our caesarean section rate and loses fewer mothers and babies than we do. Finland, Sweden, Norway and Iceland, are consistently rated as the best places in the world to be a mother and in all of these places intervention in birth is substantially less than in Australia and midwives are the main care providers.

Giving birth is not just a physical act; it is an intensely emotional, social and psychological act. The answer is not to beat the drums of war and conjure up fear in women but to seek to find the balance by putting in place models of care that are both physically and emotionally safe.

It has never been safer to give birth.