Skip to content
DON’T THROW THE BIRTH PLAN OUT WITH THE BATH WATER!

Don’t throw the birth plan out with the bath water

This welcome article explores the concept of legal consent and the use of birth plans to inform the consent process. 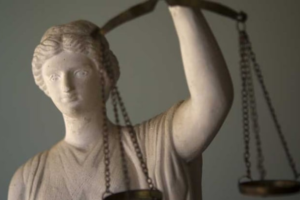 The article reflects Safe Motherhood for All’s view of consent.  A woman always has a right to informed consent and the right of refusal of care.  Women are able to and legally can determine their own decisions for maternity care.  Informed consent fosters working in partnership with women throughout all phases of pregnancy. Not involving a woman fully in decision making, results in her disempowerment and is disrespectful care.

The concept of a Birth Plan used to inform the consent process during maternity needs to be explored further.  This article is a good starting point.

Just try mentioning ‘birth plans’ at a party and see what happens. Mia Freedman once wrote about a woman she met at a BBQ who asked what her plan was for her placenta. Freedman felt birth plans were “most useful when you set them on fire and use them to toast marshmallows”. She labelled people who make these plans as “birthzillas” arguing they’re more interested in having a birth than a baby.

In response, Tara Moss argued:
The majority of Australian women choose to birth in hospital and all hospitals do not have the same protocols. It is easy to imagine they would, but they don’t, not from state to state and not even from hospital to hospital in the same city. Even individual health practitioners in the same facility sometimes do not follow the same protocols.

Why the controversy over a woman and her partner writing down what they would like to have done or not done during their birth?  The debate seems not to be over the birth plan itself but rather over the issue of women taking control and ownership of their births and what happens to their bodies.

Some oppose birth plans on the basis that all experts should be trusted to have the best interests of both mother and baby in mind at all times. Others trust the mother as the person most concerned for her baby and believe women have the right to determine what happens to their bodies during this intimate, individual and significant life event.

As a midwife of some 26 years, I wish we didn’t need birth plans. I wish our maternity system provided women with continuity of care so by the time a woman gave birth her care provider would fully know and support her well-informed wishes. Unfortunately, most women do not have access to continuity of care. They deal with shift changes, colliding philosophical frameworks, busy maternity units and varying levels of skill and commitment from staff.

There are so many examples of interventions that are routine in maternity care which lack evidence or in some cases are outright harmful. These include immediate clamping and cutting of the umbilical cord at birth, episiotomy, continuous electronic foetal monitoring, labouring or giving birth laying down and unnecessary caesareans. Other deeply personal choices such as the use of immersion in water for labour and birth or having a natural birth of the placenta are often not presented as options, or are refused when requested.

The birth plan is a chance to raise and discuss your wishes with your health care provider. It provides insight into areas of further conversation before labour begins.

I once had a woman make three birth plans when she found out her baby was in a breech presentation at 36 weeks – one for a vaginal breech birth, one for a cesarean and one for a normal birth if the baby turned. The baby turned and the first two plans were ditched but she had been through each scenario and carved out what was important for her.

Birth plans were introduced in the 1980s by childbirth educators to help women shape their preferences in labour and to communicate with their care providers. Women say preparing birth plans increases their knowledge and ability to make informed choices, empowers them and promotes their sense of safety during childbirth. Some (including in Australia) report that their carefully laid plans are dismissed, overlooked or ignored.

There appears to be some confusion about the legal status or standing of birth plans which is not reflective of international human rights principles or domestic law. The right to informed consent is a fundamental principle of medical ethics and human rights law and is particularly relevant to the provision of medical treatment. In addition, our common law starts from the premise that every human body is inviolate and cannot be subject to medical treatment without autonomous, informed consent.

Pregnant women are no exception to this human rights principle or to the common law.

If you start from this legal and human rights premise, the authoritative status of a birth plan is very clear. It is the closest expression of informed consent that a woman can offer her caregiver prior to commencing labour. This is not to say she cannot or will not change her mind but it is the premise from which treatment or further discussion during labour or birth should begin.

Mothers report their birth plans are criticised or outright rejected on the basis that birth is “unpredictable”. There is no logic in this.

Care providers who understand the significance of the human and legal right to informed consent begin discussing a woman’s options in labour and birth with her as early as the first antenatal visit. These discussions are used to advise, inform and obtain an understanding of the woman’s preferences in the event of various contingencies. They build the trust needed to allow the care provider to safely and respectfully support the woman through pregnancy and childbirth. Such discussions are the cornerstone of woman-centred maternity healthcare.

Reports received by Human Rights in Childbirth indicate that care provider pushback and hostility towards birth plans occurs most in facilities with fragmented care or where policies are elevated over women’s individual needs. Mothers report their birth plans are criticised or outright rejected on the basis that birth is “unpredictable”. There is no logic in this. If anything, greater planning would facilitate smoother outcomes in the event of unanticipated eventualities.

In truth, it is not the case that these care providers don’t have a birth plan. There is a birth plan – one driven purely by care providers and hospital protocols without discussion with the woman. This offends the legal and human rights of the woman concerned and has been identified as a systemic form of abuse and disrespect in childbirth, and as a subset of violence against women.

It is essential that women express their intention to discuss and develop a birth plan with their care providers from the very first appointment. This is a precious opportunity to ascertain your care provider’s commitment to recognising and supporting your individual and diverse needs.

Gauge your care provider’s attitude to your questions as well as their responses. Expect to repeat those discussions until you are confident that your preferences will be supported. Be wary of care providers who are dismissive, vague or non-responsive. Most importantly, switch care providers if you have any concerns. The law is on your side. Use it.

Some tips on the specific content of your birth plan are available here.

Hannah Dahlen is a professor of Midwifery at Western Sydney University and a practising midwife. Follow her on Twitter @hannahdahlen.

Bashi Hazard is a Human Rights and Consumer Lawyer, Principal of BWLaw and Director of Human Rights in Childbirth.